Smartphones are a great tool to help document things after an auto accident, however be careful what you post online, as it could hurt your case.   While your cellphone may be a [...]

Icy streets and unforgiving snowstorms are just around the corner. Combine these factors with the ongoing COVID-19 pandemic, and your commute may be more dangerous than usual. Follow t [...]

What to do if someone hits your car while it is parked.

One of the first things you should do is call 911, even if no one is injured. The responding officer, or officers, will write up a police report documenting the accident, which may be [...]

Given COVID-19 and its impact on the local and world economy, more and more people are looking for ways to save money and many “cut corners” in certain financial areas. It is a common [...]

Do you need legal help?  Submit your name, number, and email to contact our intake manager.

Winnie is our law firm’s intake manager and enjoys assisting our clients. She has lived in the Northwest for much of her life and is happiest when spending time outdoors. Winnie enjoys spending quality time with her children and family, skiing in the winter and playing tennis year-round at the Yakima Tennis Club.

Preston has worked with Johnson & Johnson Law Firm both as an intern and Case Manager since 2017. A Yakima native and graduate of Gonzaga University, Preston is looking to attend law school in the near future and further his legal career.

Katie Farris was born and raised in Yakima, Washington and graduated from Eisenhower High School in 2008. She continued her education at various community colleges and completed the Legal Assisting/Paralegal certificate program from J.M Perry Technical Institute in 2013. She has been with the Johnson & Johnson Law Firm since 2013, where she began as our receptionist. In 2015, Katie relocated to our Kennewick office location where she works as our firm’s intake specialist and as a case manager for our personal injury and criminal defense clients.

Erica has been with the Johnson & Johnson Law Firm since 2011 assisting our attorneys in all phases of lawsuit, mediation and arbitration. She serves as a legal assistant to Richard, Jeffrey, and Alex Johnson. Erica is bilingual and assists all our Spanish speaking clients and she is also a Licensed Notary Public. Erica was born and raised in Toppenish, Washington. Prior to working at Johnson & Johnson, Erica worked in the medical field as an administrative assistant. Family is her most important value and she enjoys traveling to her second home in Guadalajara, Mexico.

Barbara has been with the Johnson & Johnson Law Firm since 2010 in our accounting department. She was born and raised in Yakima and attended Western Washington State University. She has managed patient accounts and bookkeeping for physical therapy practices since 1987. Barbara’s hobbies include gardening, hiking and quilting.

Vikki started her career in law in 1987 working for Elofson, Vincent, Hurst & Crossland until the firm split in 1988. For the next twelve years she worked for Wiley Hurst & Associates, handling personal injury cases. In 1999, she came to work for the Delorie-Johnson Law Firm handling personal injury and insurance loss cases. The firm changed its name to Johnson & Johnson Law Firm in 2014 and Vikki serves as our law firm’s manager.

She also currently works as a legal assistant for attorney, Alex Johnson in our defense practice. Vikki was born and raised in the Yakima Valley and has been married to her husband, Randy for the past 37 years. They have two children, Chelsi and Tayler who are both graduates of the University of Washington. Chelsi has pursued a career in Finance in Bellevue, while Tayler is pursuing a second degree in Behavioral Neuroscience, and then will be applying to medical school. 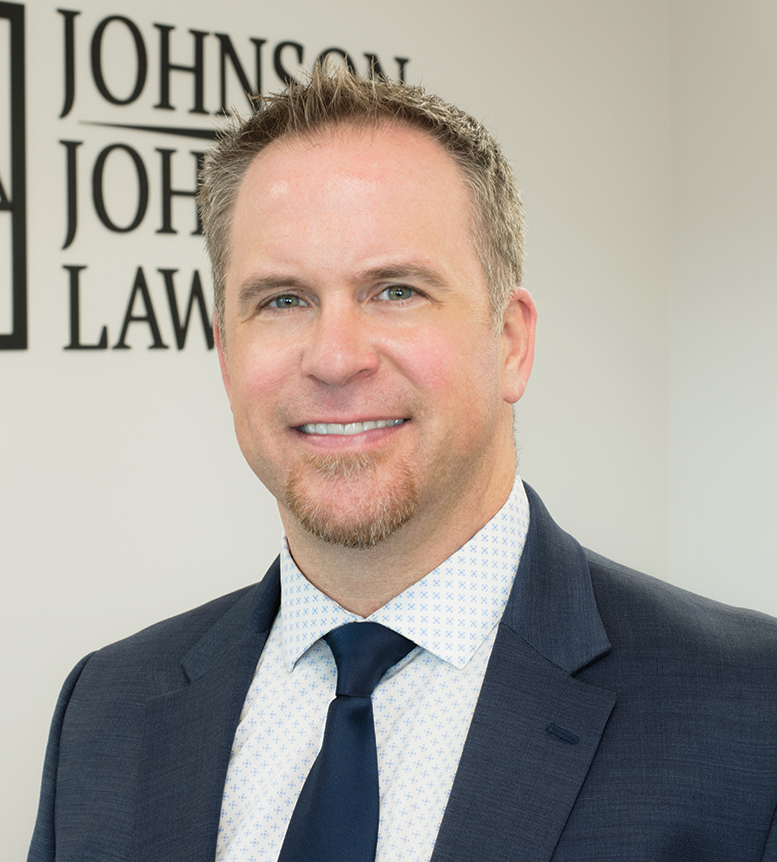 Alex Johnson is a DUI lawyer providing services in Tri-Cities, Yakima and most of Eastern Washington. He graduated from Eisenhower High School in Yakima, WA before attending Columbia Basin College in Pasco, WA. While at CBC, Alex was a member of the two-time league champion baseball team. After graduating from Columbia Basin, Alex attended Washington State University where he played football.

Alex was a letter winner and earned a full-ride athletic scholarship playing football. Alex was a captain his senior year versus the University of Oregon and won WSU Special Teams Player of the Week honors versus Stanford University in 2001. In his senior year, Alex was named to the Pac-10 all-academic, second team. Alex was also a proud member of the Alpha Gamma Rho Fraternity.

After graduating from WSU in 2002 with a degree in Communication, Alex worked as a case-manager at Delorie-Johnson Law Office before attending Gonzaga University School of Law. Alex graduated from Gonzaga Law in 2007 and shortly thereafter accepted a position at the Benton County Prosecutor’s Office in Kennewick. Alex left the prosecutor’s office in 2009 to enter private practice. Alex is now Partner at Johnson & Johnson Law Firm. Alex is married to Jennifer Johnson, who is also an attorney with the firm. Alex is a passionate WSU Alum. He is a board member of the Cougar Athletic Fund, devoting time and effort to the betterment of WSU athletics. Together, Alex and Jennifer have three kids: Olivia, Luke, and Blake. In his spare time, Alex enjoys traveling, playing the guitar, attending sporting events, and spending time with friends and family. 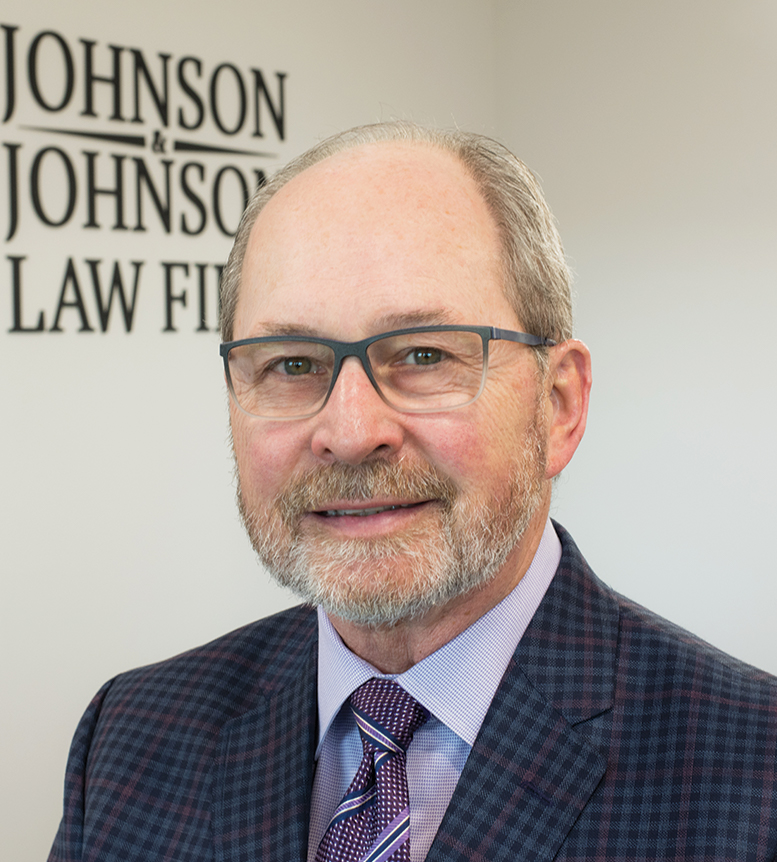 Dick Johnson has been working with injured people as a lawyer in Yakima, Washington and their families for over 30 years. He has been lead counsel in more than 150 cases tried to a jury verdict in state and federal court. Dick has been lead counsel in more than 30 cases decided by the Washington State Court of Appeals, and has argued six cases before the Washington State Supreme Court. He has also argued five cases before the United States Court of Appeals for the Ninth Circuit.

The Martindale – Hubbell Legal Directory, the nation’s oldest and most highly regarded legal rating firm, has rated Dick as “AV” (Grade A) for over 20 years. He is recognized by judges and other lawyers for having the highest levels of legal ability and integrity.

The Washington Defense Trial Lawyers Association named Dick the Outstanding Plaintiff’s Trial Lawyer in the state for the year 2015. Dick coached youth football and baseball in Yakima for 15 years. He is the past President of the Yakima Valley Grid Kids Association. Dick also served as the Secretary – Treasurer of Yakima Youth Baseball / Yakima American Legion Baseball for 15 years. Dick is a member of the Yakima Southwest Rotary Club, and has also donated over 20 gallons of blood. He also served as a commissioned officer in the U.S. Army Military Police Corps.

Dick was born in Spokane in 1949. He was raised on the family farm in Whitman County. His ancestors came out from Wisconsin to homestead there before Washington was admitted to the union. Dick has a Bachelor of Arts Degree in Political Science from Washington State University. His Juris Doctor degree is from the Gonzaga University School of Law, where he served on the Editorial Board of The Gonzaga Law Review. Dick and Janet Johnson were married in 1976, and have lived in Yakima since 1978. They have three sons and eight grandchildren. 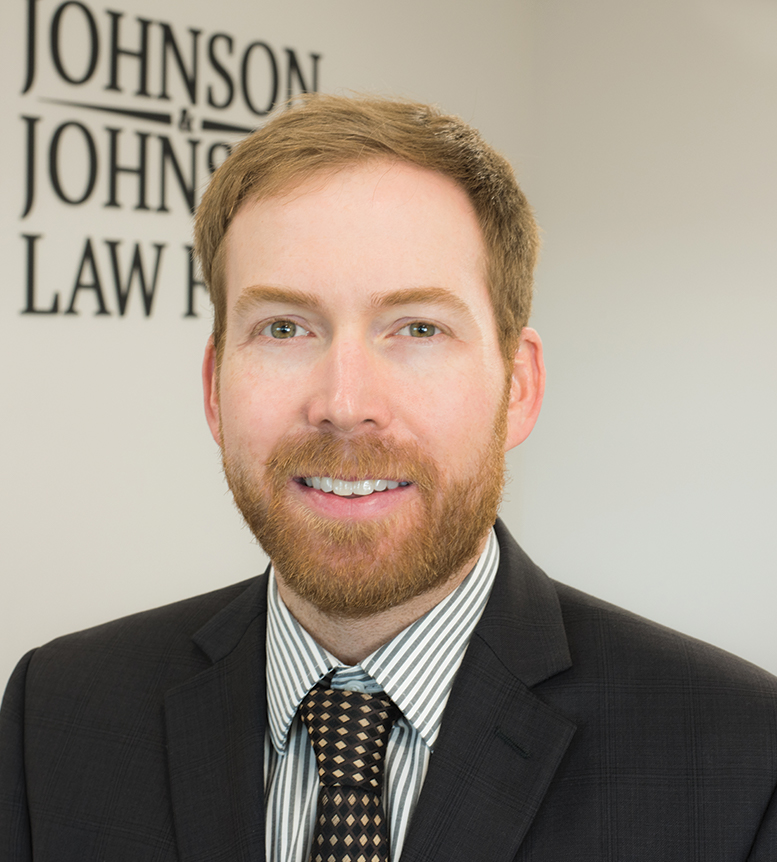 Jeff received his bachelor’s degree in Business Administration from Washington State University in 2005 and his law degree from the University of Oregon School of Law in 2009. During law school, he worked as a law clerk for the Oregon Department of Justice in its torts and employment law sections and as a Special Deputy District Attorney for the Benton County District Attorney’s office (Corvallis, OR.).