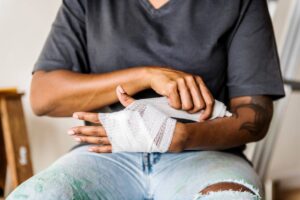 Smartphones are a great tool to help document things after an auto accident, however be careful what you post online, as it could hurt your case.